The series of video-works and installations.

The series of works of textile, threads, embroidery.

Toys are transitional objects, vital for children’s development. They help children establish relations with the outside world, to distinguish between inner and outer. Donald Winnicott, who first conceived the idea of the transitional object, argued that the problem of the perception of reality remained unresolved.

He posited that it was thanks to the strong emotional experience provided by art, religion and the world of the imagination, for example, that people were able to find an outlet for the stress occasioned by the presence of inner and outer realities.

In Tatiana Akhmetgalieva’s Toys, transitivity becomes a metaphor. First, the subjects of these works are often events that call external reality into question. Second, Akhmetgalieva immerses us in the border zone between inner and outer, insofar as many of the works are bound up with memories and artifacts from her own childhood.

Toys are transitional objects, vital for children’s development. They help children establish relations with the outside world, to distinguish between inner and outer.

Akhmetgalieva grew up in the western Siberian city of Kemerovo. Her childhood coincided with perestroika, a period of fundamental change in the economic, political and aesthetic orders, when the new and the old existed simultaneously in a phantasmagoric reality. In the animated work Paper, images of paper dolls flicker amidst a rapid succession of symbolic regimes.

Infantile Nastyas and Katyas, who have remained unchanged over the decades, compete with sexy western beauties. The new heroes that swamped the former Soviet Union, from Barbie and Ken to the Ninja Turtles, were superimposed on the story from the school primer about the mom who washed Masha and washed the window.

When external reality mutated instantly, it could be digested only one way—by drawing it and thus making it part of oneself. Some dolls were purchased and cut out from paper, while others were touched up. 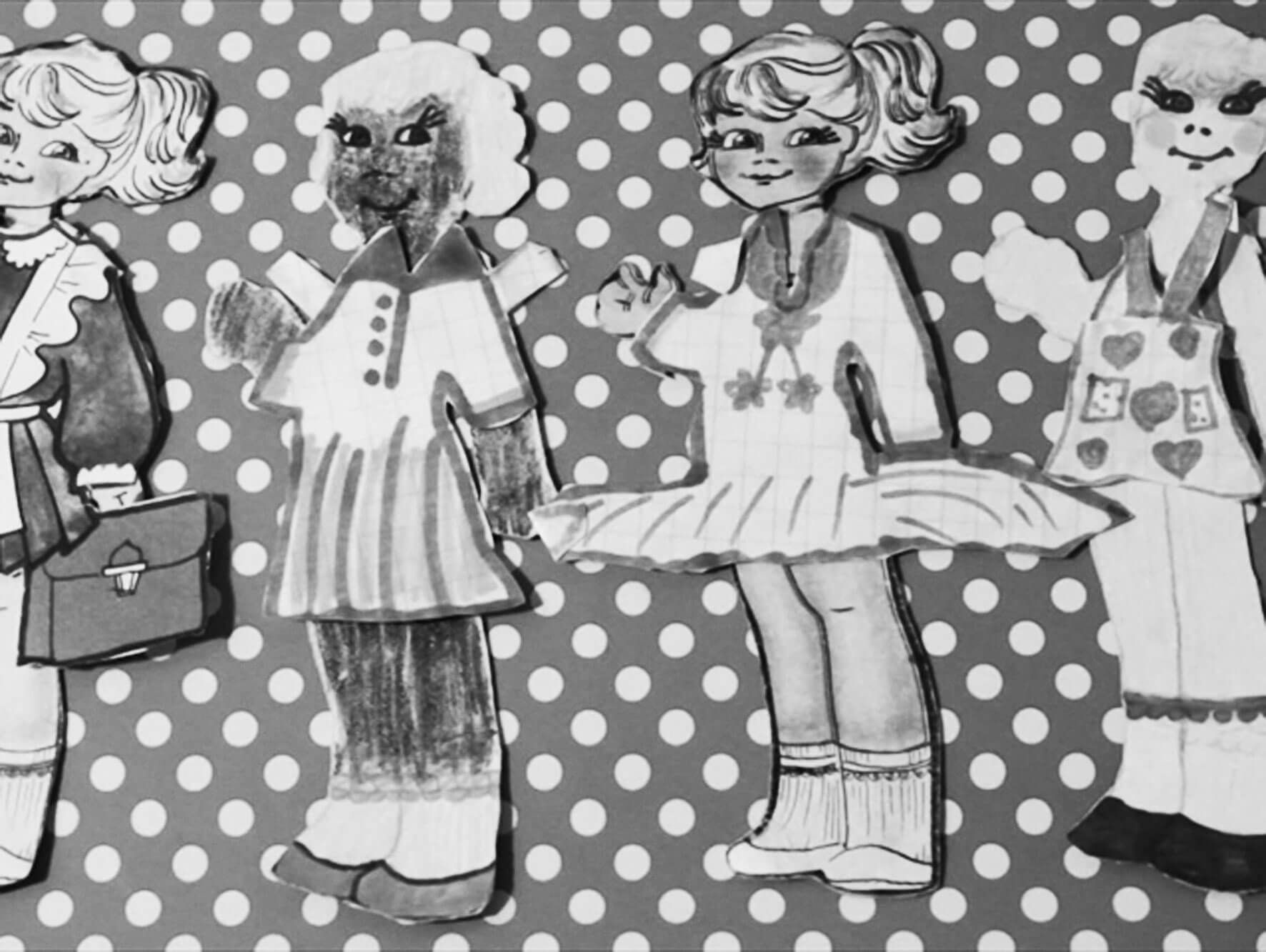 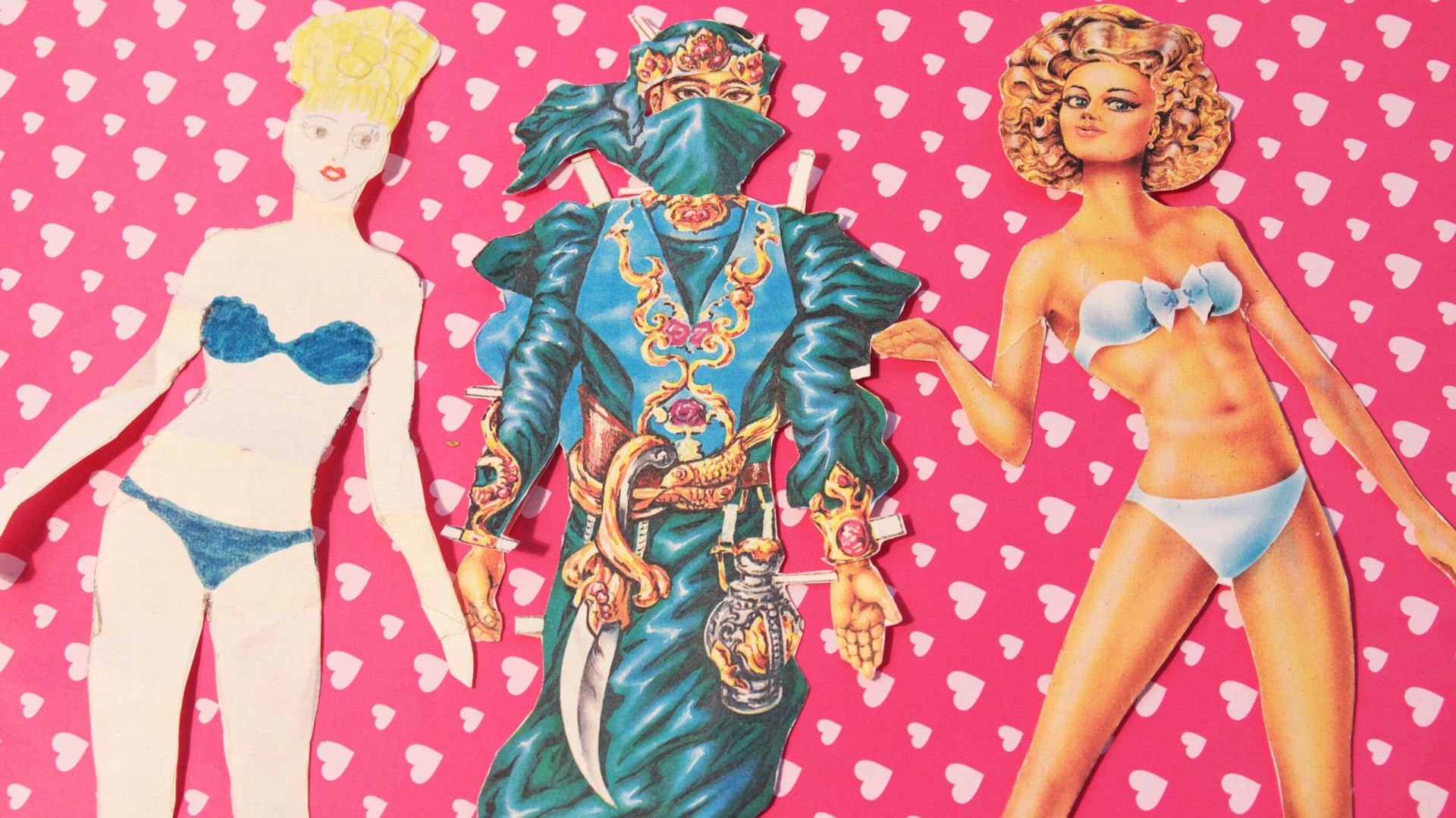 The entire country found itself in a transitional zone, in the condition of an infant, in a state where it was impossible to distinguish between subjective and objective, inner and outer. One of Akhmetgalieva’s most vivid childhood memories dates to 1991, the year the Soviet Union collapsed.

An unusual playground was erected in the courtyard of her building. It was populated with strange characters welded together from scrap pipes. These very grown-up iron creatures were unshaven; cigarettes dangled from their bottomless iron mouths, and their clothing bore the inscription “Adidas” and other telltale signs of the criminal underworld. Their girlfriends showed off their iron chests, framed by fashionable dresses.

This tribe of iron creatures, an incarnation of the rollicking alter egos of gangster folklore, were rumored to have been manufactured by prisoners serving their sentences in the prison on Liberty Street.

The entire country found itself in a transitional zone, in the condition of an infant, in a state where it was impossible to distinguish between subjective and objective, inner and outer.

A Happy Childhood is a traumatic work. Its images are simultaneously frightening and attractive. This unusual playground was a source of supreme pleasure and numerous injuries due to its strange prison design, splashed out onto city streets and squares. But that was only the beginning: prison folklore soon engulfed the entire country, and it became apparent that the iron gangsters and their molls from the playground were merely the modest vanguard of a prison pantheon that would come to populate public space in Russia.

Urfin Jus and his wooden soldiers (the villains in a popular “sequel” to L. Frank Baum’s Wizard of Oz by Soviet writer Alexander Volkov) proved less durable than thieves’ cant, which infected the media, and songs about the underworld femme fatale Murka, which invariably accompany all passengers of commercial transportation on a symbolic journey to Magadan and Vorkuta.

The iron creatures stood for twenty years, annually inspiring the yard’s caretakers to the most daring color schemes. When they were too rusty to spruce up with paint, they were finally dismantled. Every time Akhmetgalieva went home to Kemerovo, she filmed them on video. When the iron creatures vanished for good, she made textile portraits of them. 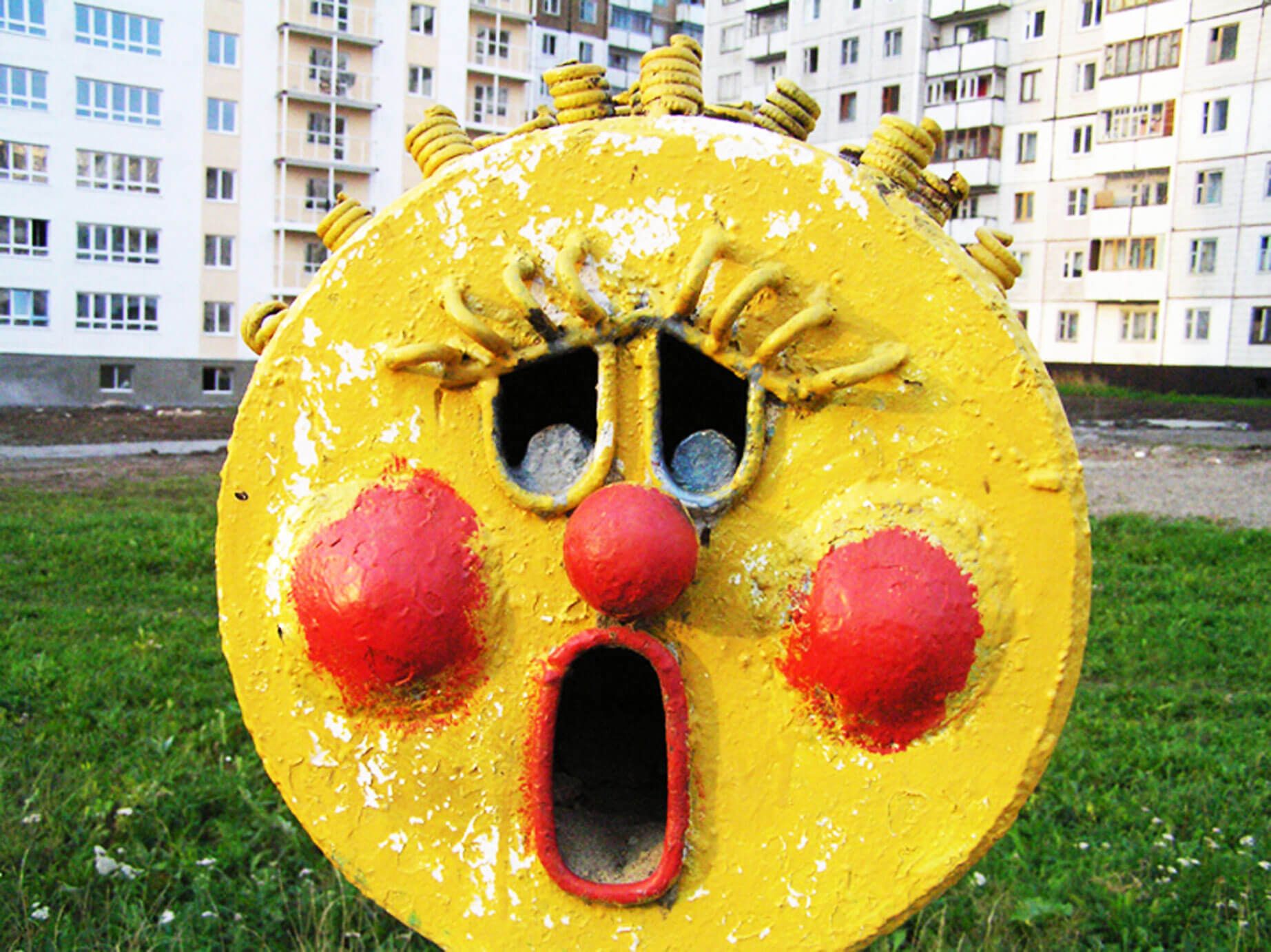 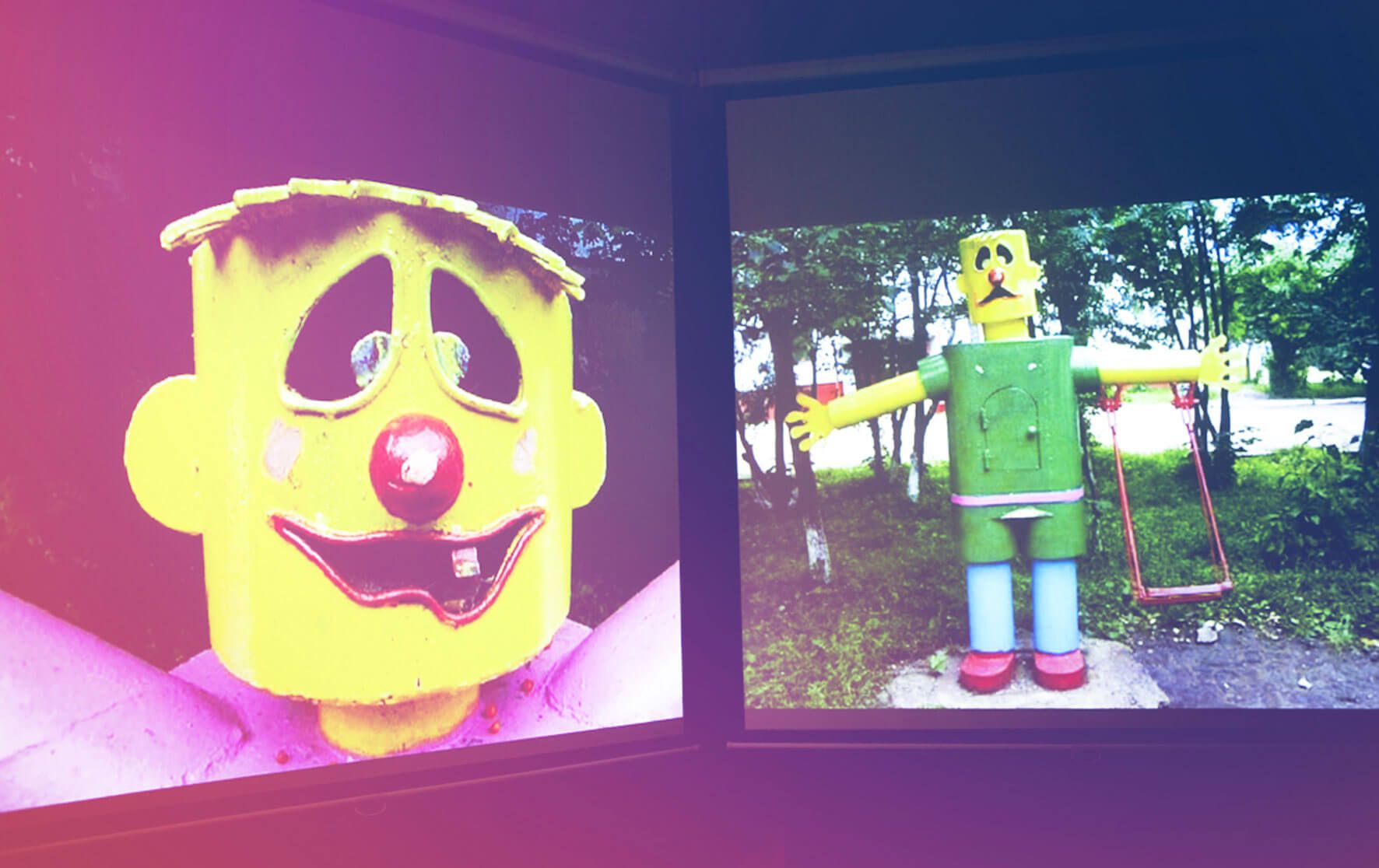 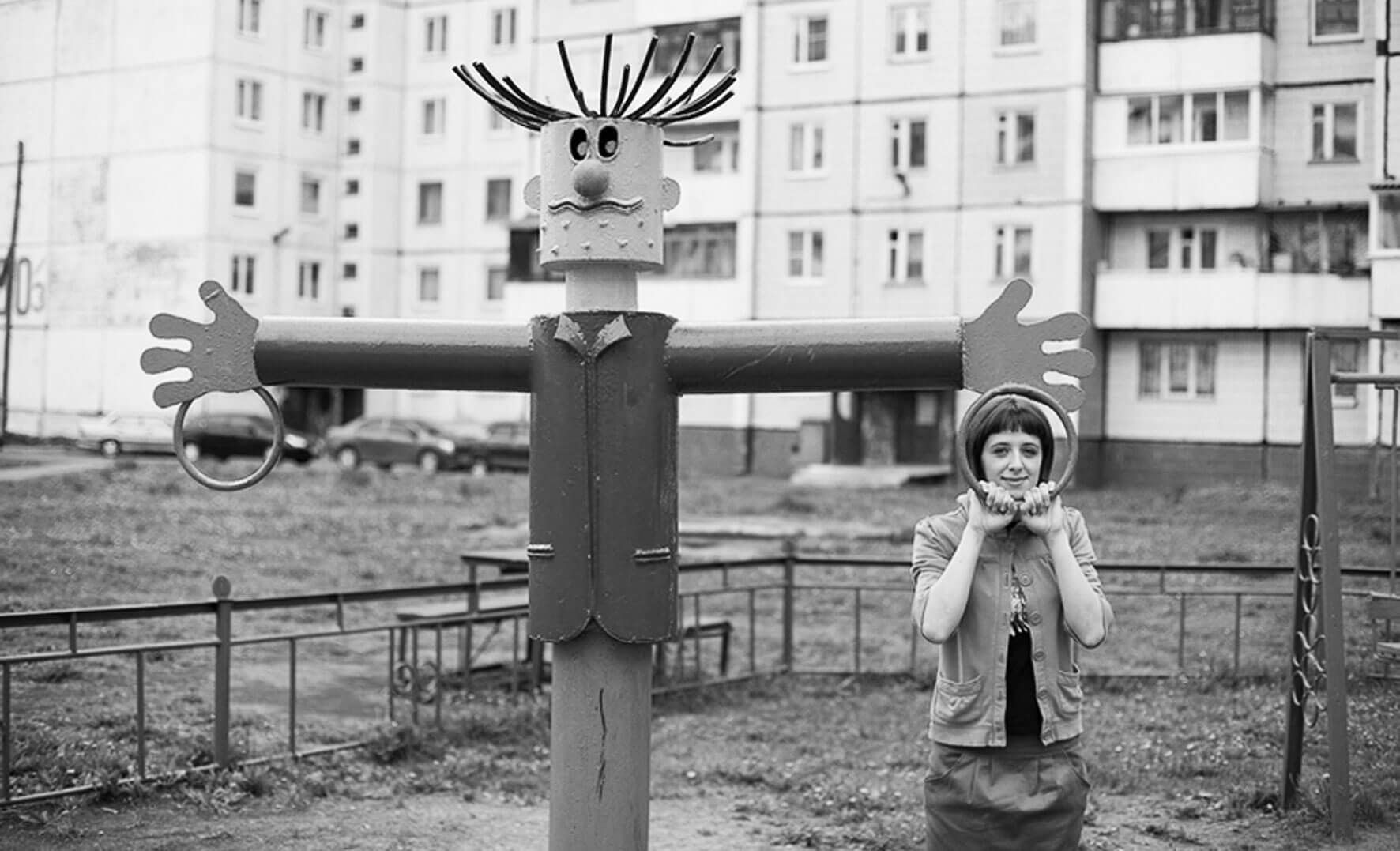 Akhmetgalieva’s use of textile is not merely an outcome of her professional training. (She graduated from the textile department at the Stiglitz Art and Industrial Design Academy in Saint Petersburg.) For her, textile is an opportunity for showing the links and relationships that emerge between people, for demonstrating their internal sense of self. In such installations as Pupal Stage, Whisper and Incubator, she embroiders and knits, pulling the threads of yarn outwards to bind her characters together.

The threads represent words and thoughts moving from one character to another, translating the flat image into three-dimensional space. The portraits of the iron creatures in A Happy Childhood gaze at us, as it were, from a TV screen. This is not an ordinary TV, however, but a textile TV in which the image is composed of multiple layers of embroidered fabric.

Moreover, this is not a modern flat-screen TV, but a bulky TV, reminiscent of the picture tubes of our childhood, with the thread functioning as the electron beam running over the screen. Does this telecast from childhood frighten us? Or does it recall old fears? 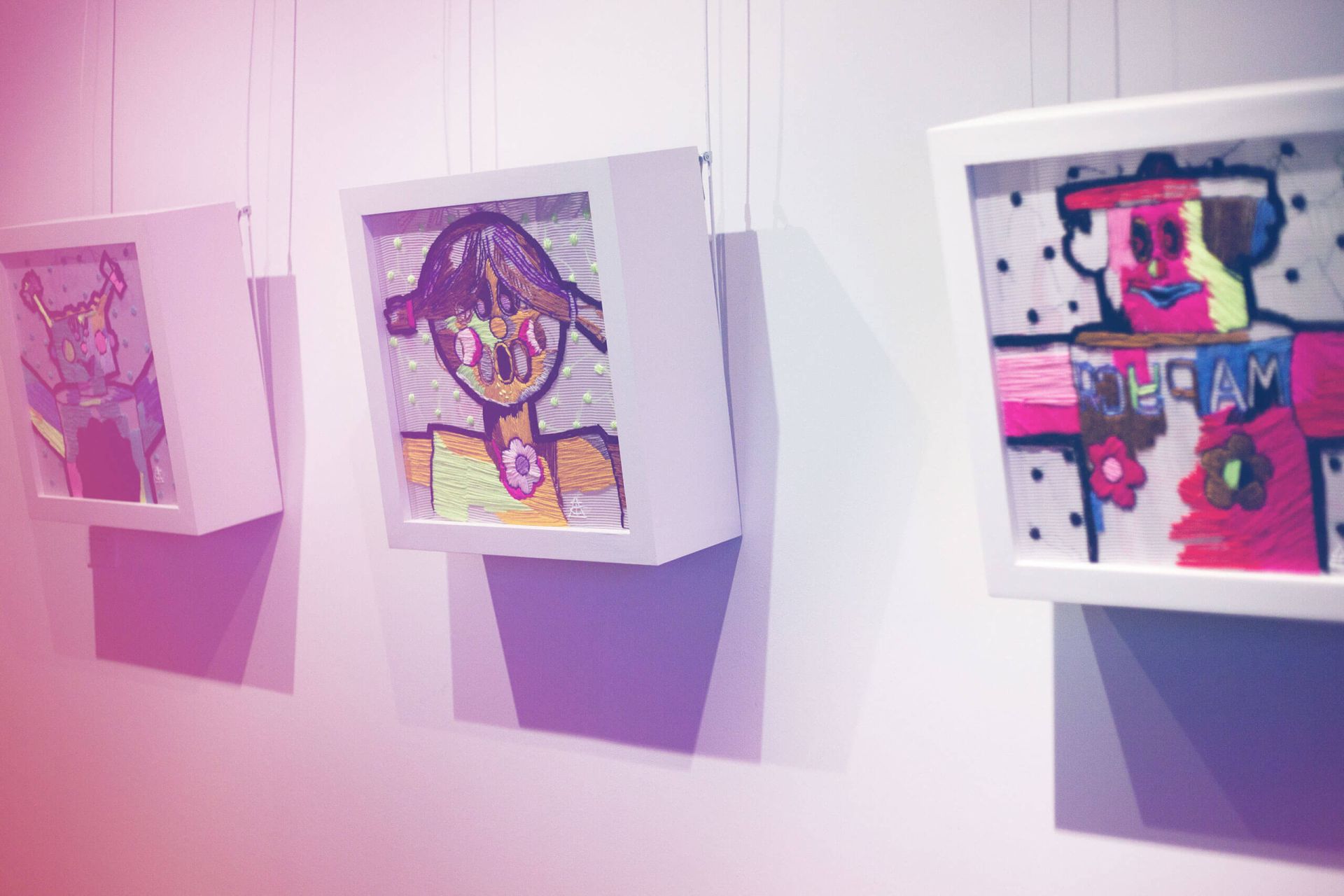 The most frightening of Akhmetgalieva’s Toys are a far cry from the cinematic villain Chucky, a doll possessed by the soul of a serial killer. They will never plunge their sharp teeth into a victim’s body, but they are no less frightening for all that.

In Crib, one of the artist’s first video works, enormous hands aggressively shake children’s rattles above us. The image of a child’s first toy becomes daunting when magnified in this way.

Crib is a model of a world filled with huge colorful toys. Only now these toys are not meant to be our pleasant companions in the next world; they no longer ward evil spirits away from the cradle. They now have only one function—consumption. 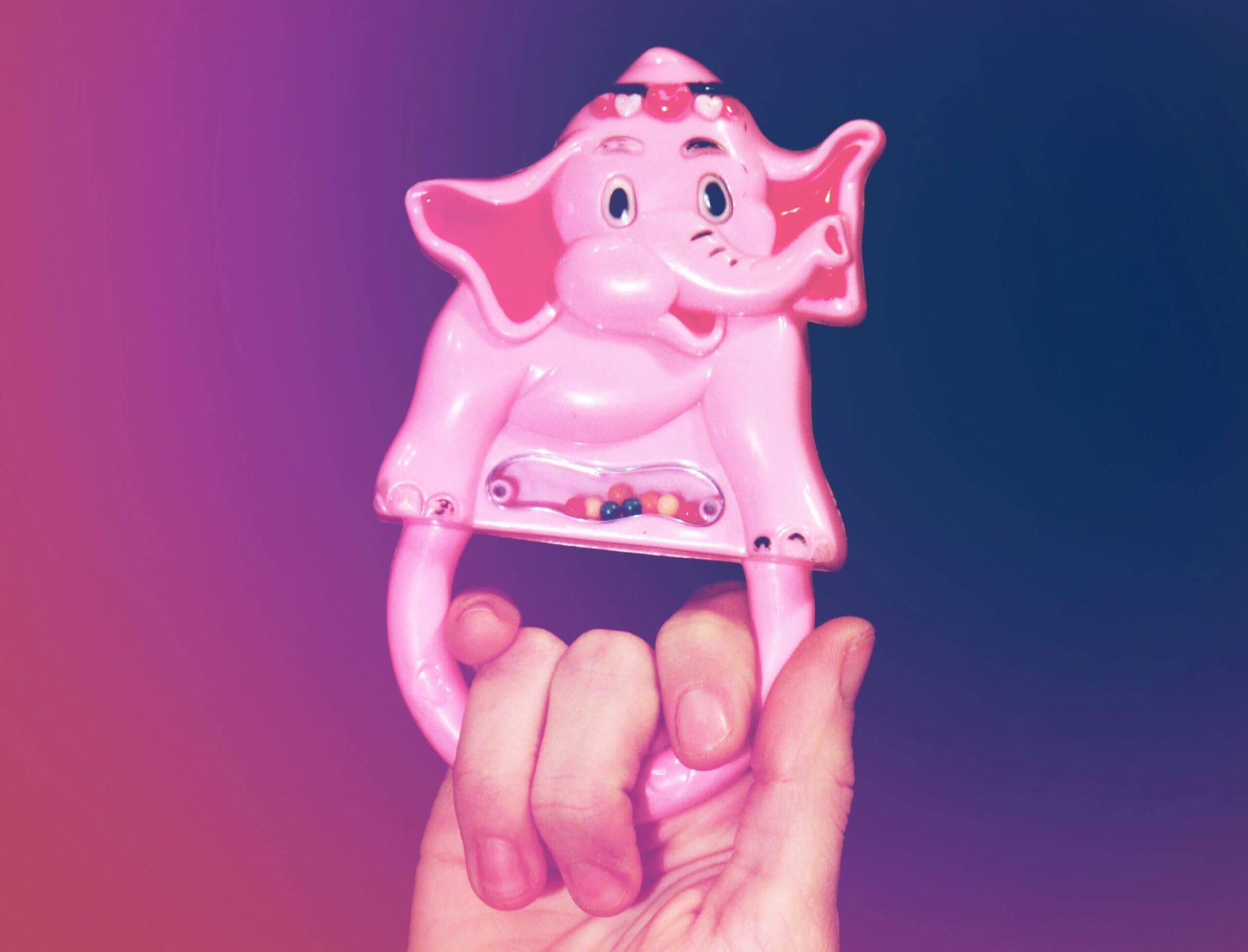 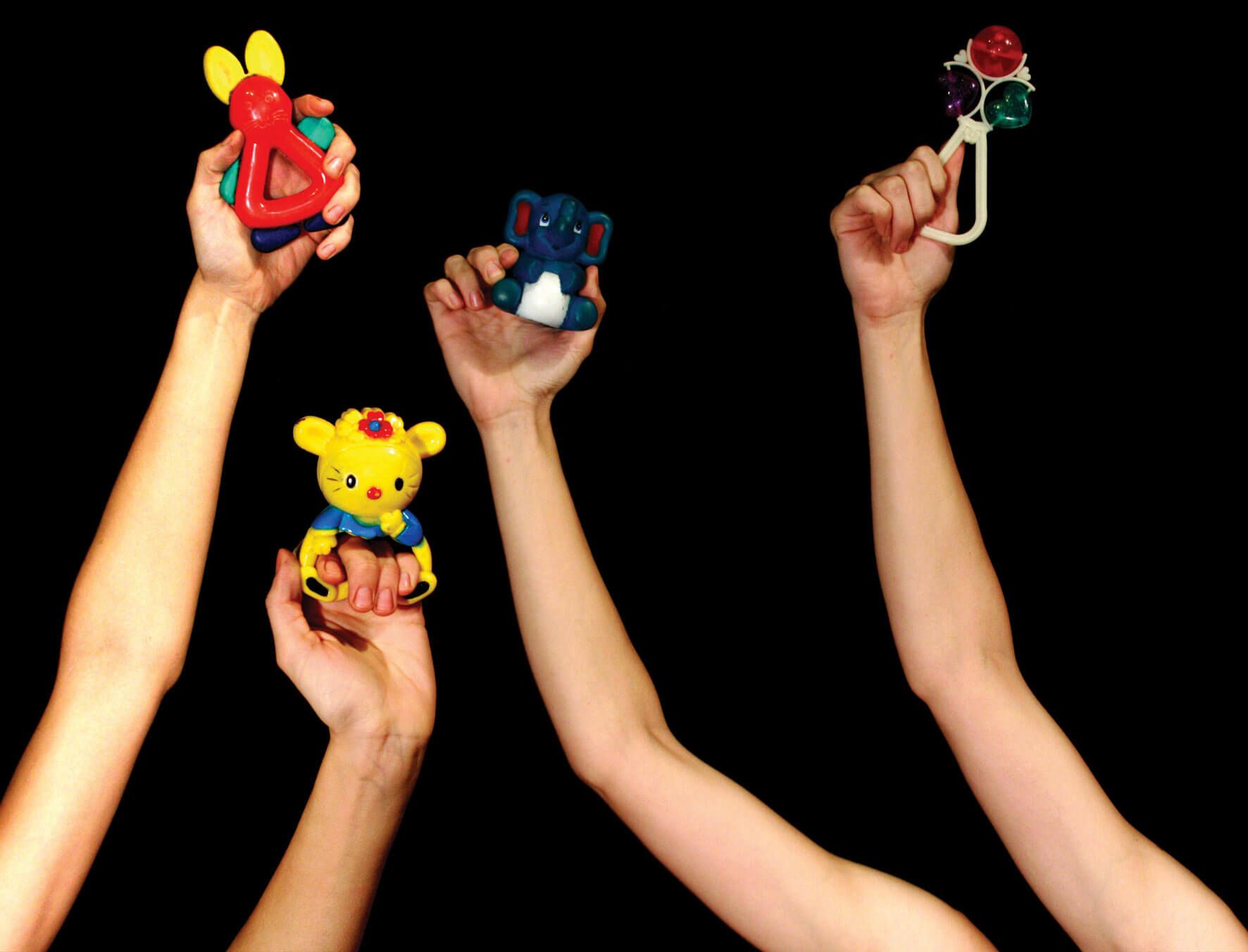 According to Johan Huizinga, it is Homo ludens, “playing man,” who creates culture. He is older than Homo faber, “creating man.” With the emergence of mass culture, however, the element of “noble play” is gradually forfeited, replaced by puerility.

Regressive images can be not only frightening, but also tantalizing. In Plastic Sea, Akhmetgalieva observes as bright plastic fishes, which have seemingly jumped out of the TV ad about the island of Bounty, splash around in soap suds, which then vanish, leaving the fish lying on the bottom of a bathtub.

In Planet Earth, a toy pencil sharpener leaves behind islands of pencil shavings. Popular culture’s infantilism forces us to consume reality, to digest it and make it part of ourselves. The boundary between outer and inner is rendered illegible. 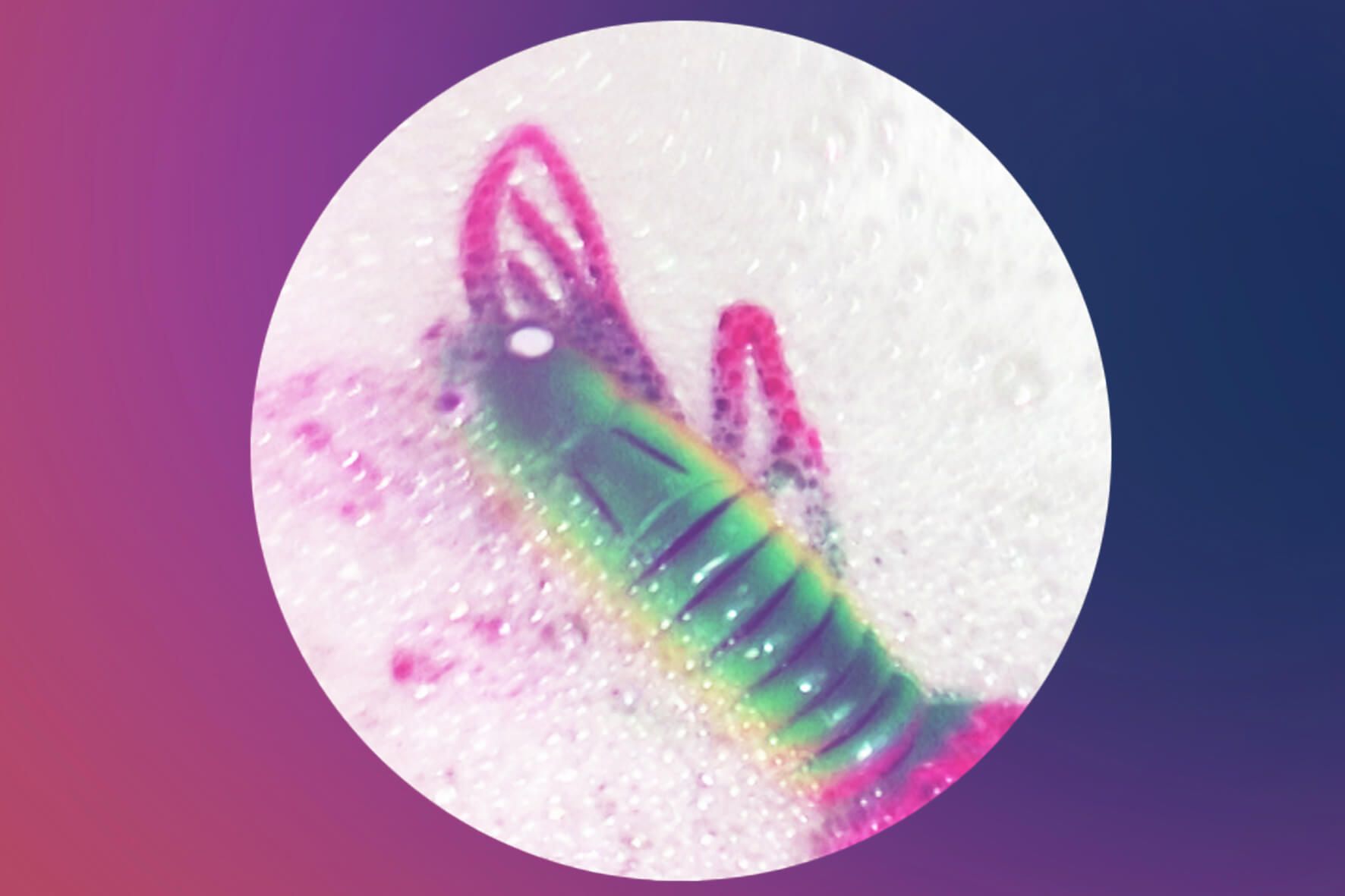 In Farewell to the Labor Market, a collaboration with Michaela Muchina, a man in a penguin costume goes mad. First he wanders around Petersburg, handing out leaflets to city dwellers already inured to the sight of people dressed up sponges and sandwiches.

But he gradually ceases to distinguish the real from the imaginary. Like a child absorbed in play, he imagines that he is a real penguin and in this capacity admires the Gulf of Finland and strolls in the Mikhailovsky Garden.

He even finds other penguins just like him (or so he thinks). In the end, however, his infantile fantasy collapses. The penguin man discovers that all that remains of his imaginary tribe are empty shells, and that he himself is essentially a commercial costume. 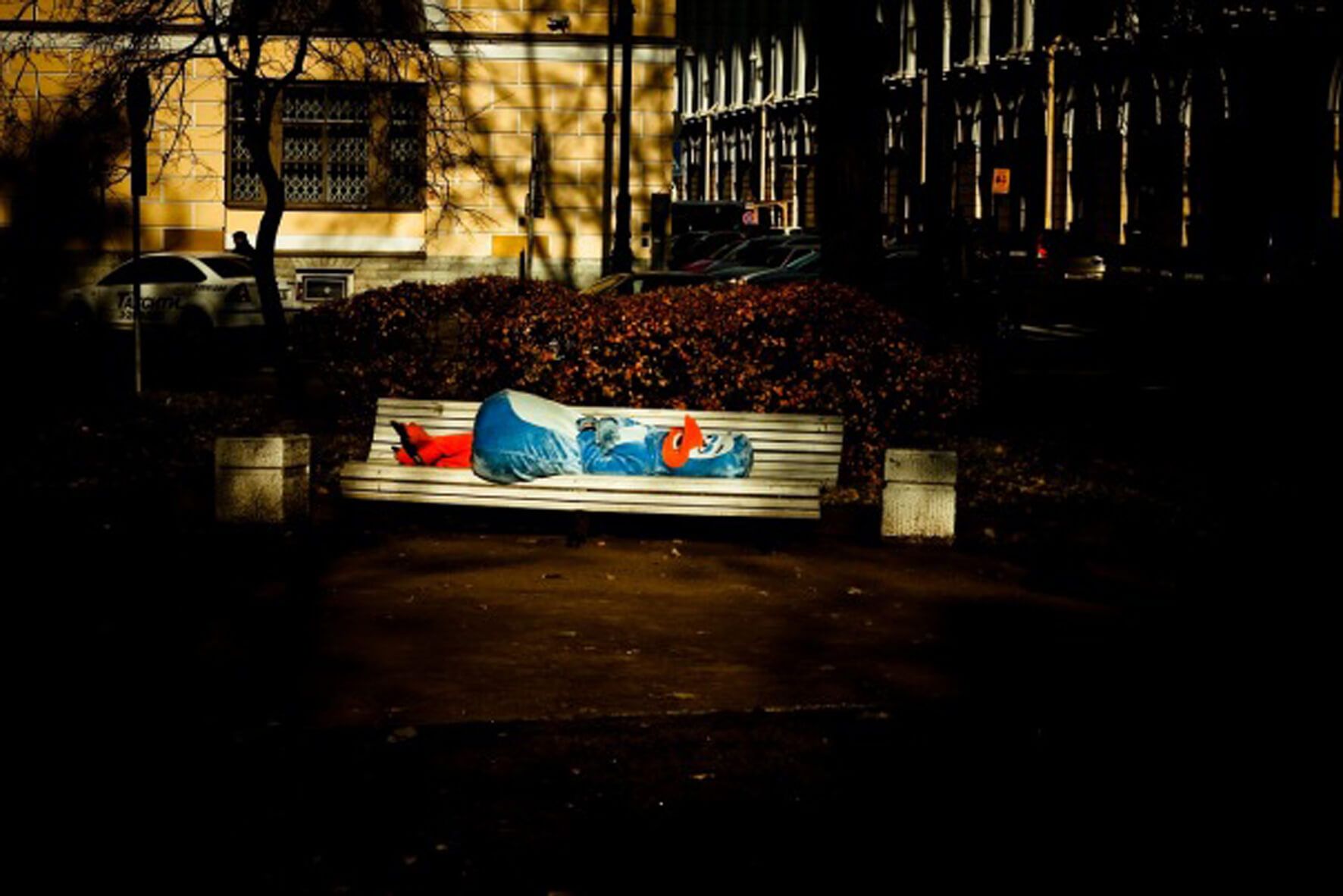 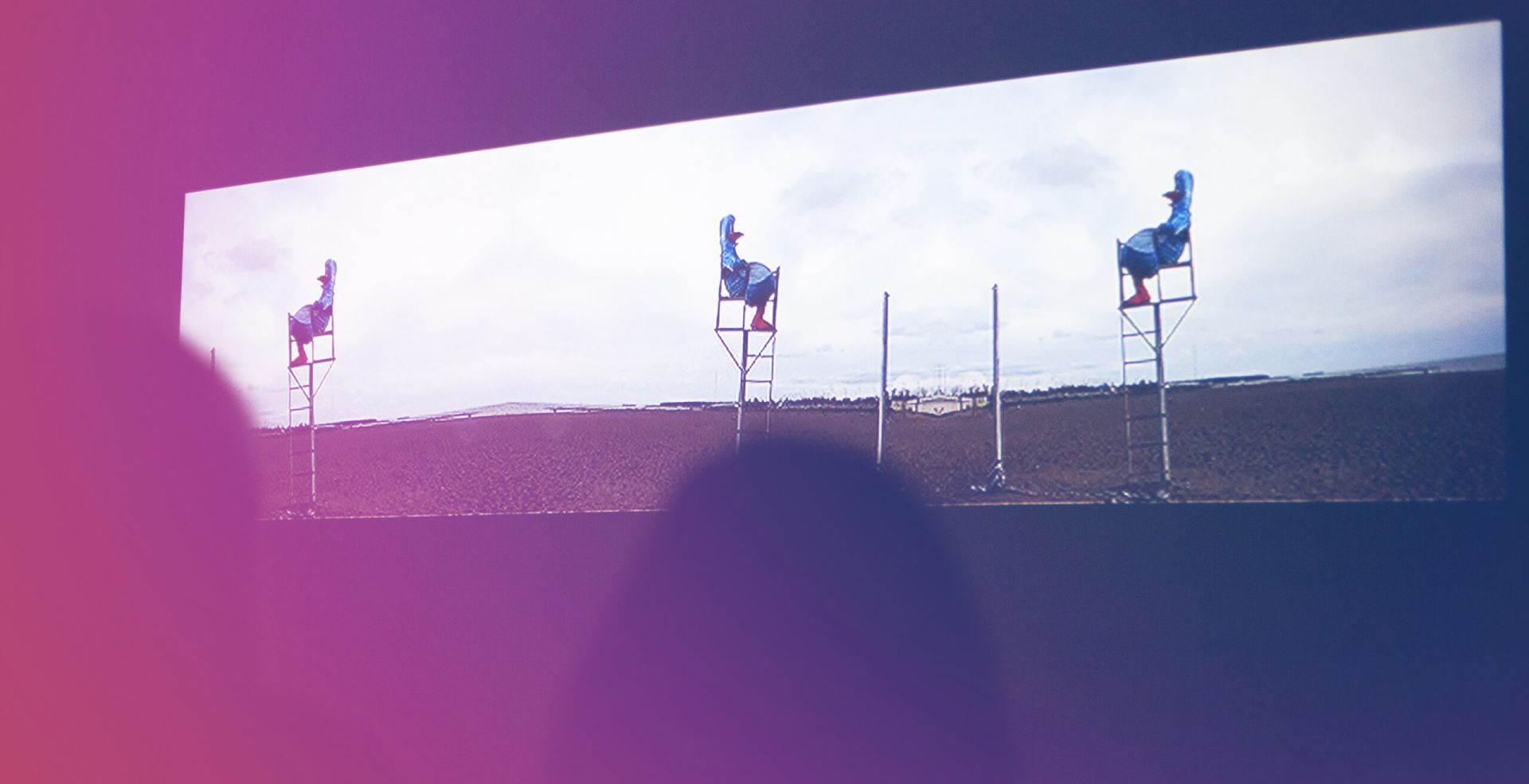 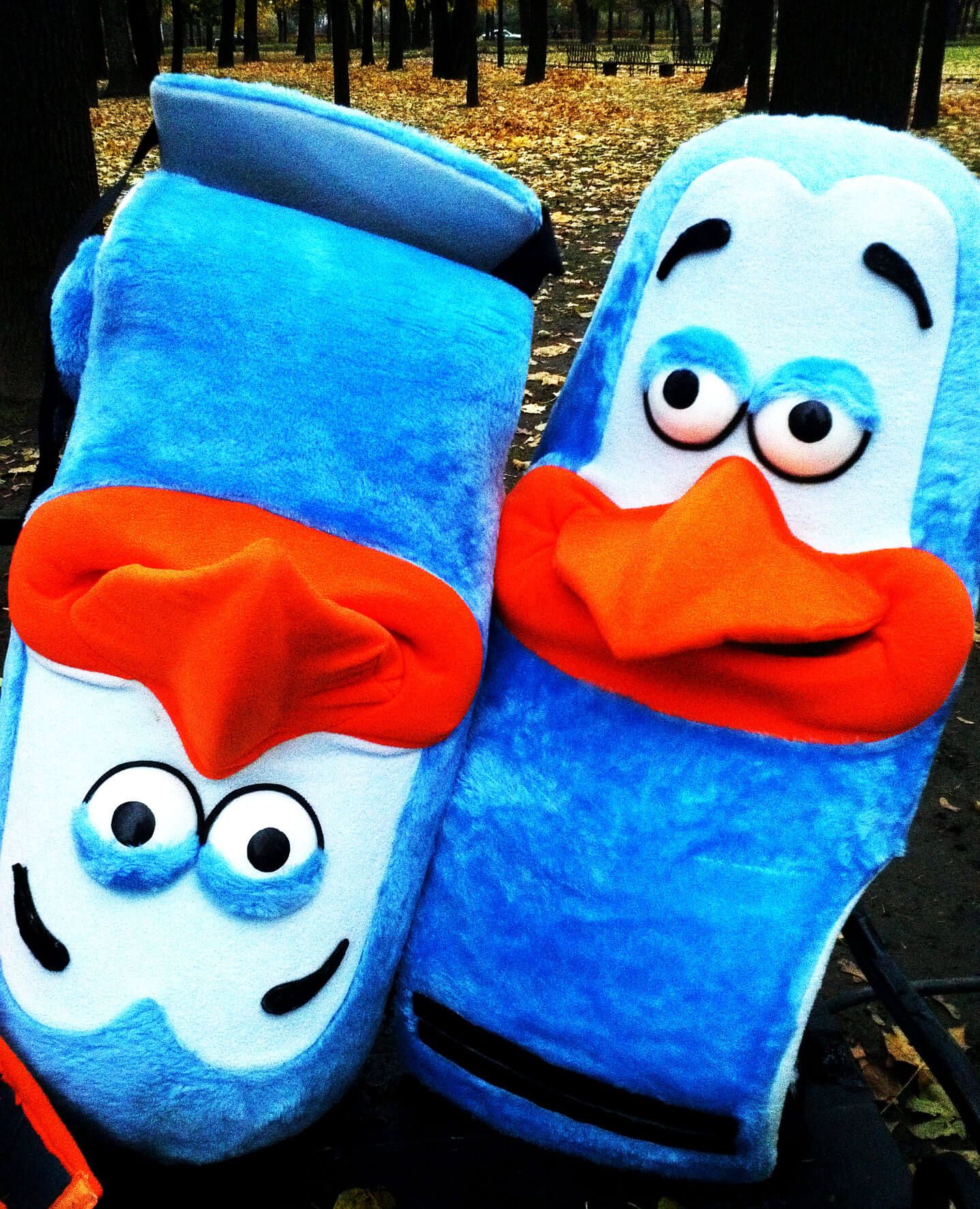 Akhmetgalieva’s Toys form a loop. With the exception of the penguin man’s adventure, these are short stories in which an endless repetition is staged again and again as in a game or in a rattle’s obsessive clattering. The images in Toys emerge from darkness, as if from a child’s first fear, when the imagination begins to function.

Perhaps the child invents monsters in the darkness of its room so as to be afraid of specific characters rather than a monolithic unspeakable horror. In her videos in Toys, Tatiana Akhmetgalieva likewise dismembers the darkness by way of symbolizing it and coping with the horror of the Real. 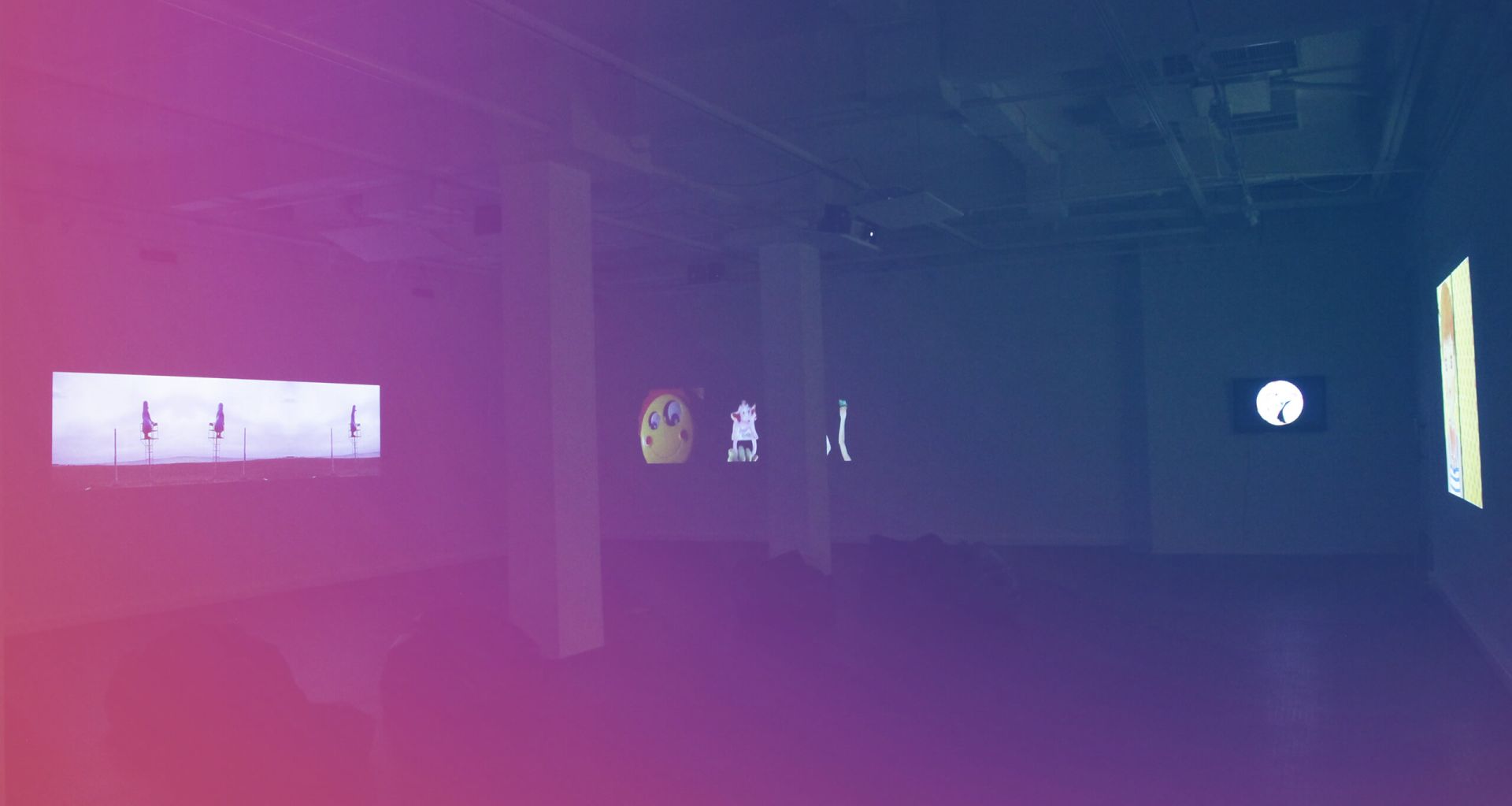 Author of the text — Olesya Turkina.